Profile: A journey into wanderlust with David Gordon at BAM, Bamboo Clothing / November 2017

To say David Gordon, founder of BAM, has a varied CV would be an understatement. Between running a successful activewear clothing label, he also jets around the world competing as pole-vaulter, he has completed an impressive man-haul expedition across Greenland with a team of Gurkhas and has a stint as a trainee stunt man on his list of achievements. 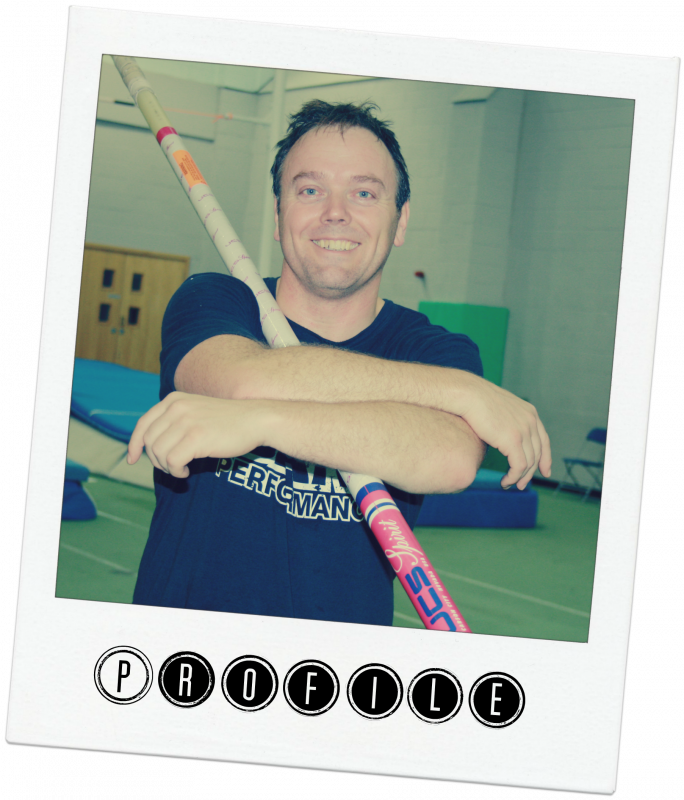 “I like a focus, something to train towards. A challenge to achieve.”

So how did BAM begin?

David began BAM in June 2006. He stumbled upon the idea of using bamboo as a material for clothes during a trip to China, where the material was being quietly, but widely, used.

“When I came back to the UK and spoke to my family and friends about setting up a activewear clothing label using bamboo material they thought I was a bit mad. Although in China its use as a clothes material was completely normal, no one outside of the country has really heard of it. In fact, when I was researching setting up BAM I only found only one other business experimenting with it in clothing and they were all the way in America.”

Twelve years later and BAM has a team of 35 behind it and its catalogues are distributed to more than two million people. 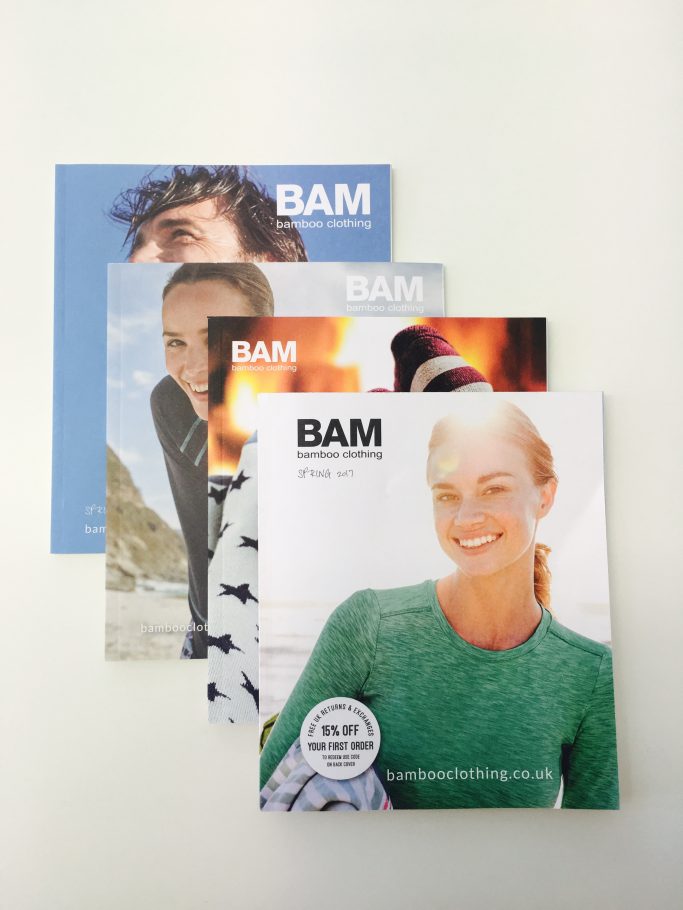 “Before BAM I was considering a number of business ideas, but it wasn’t as simple as coming up with that idea to make money. Instead I wanted it to mean something to me, to be environmentally friendly and sustainable. I wanted a passion and to feel like I was doing something good.”

Bamboo is high performance material that, despite being on face value unconventional, lends itself perfectly to the type of clothing David wanted to create. It’s incredibly soft, antibacterial, absorbs moisture away from the skin, is warm yet breathable, and cuts out 97.5 per cent of harmful UV rays. It’s perfect for adventures who like the outdoors. You could say it’s perfect for people like David.

What’s clear is that every part of the brand reflects David. It’s a brand that caters for those who love the outdoors and being active.

“I created a label I would buy. I wear my brand day in day out.”

“Comfort and performance has always been key for us. You want your clothes to work for you, to respond to your needs, but most of all you want to enjoy wearing them.”

“We get inspiration for our designs every day, but I consider the label to lead the market, rather than have a knee jerk response to it. It’s always been important to me that we not only understand our audience, but that we’re one of them. We are our audience.”

The partnerships BAM forges is just as considered as the material used.

One of those partnerships is JPS Limited. It helps produce BAM’s stylish catalogues which are distributed each season to more than two million people.

“Working with JPS Limited makes everything seamless. They look after everything and their attention to detail is second to none. It’s always a professional service and the team is on the ball.”

For those new to BAM, how would David describe the brand?

“Simplicity and style. Wanderlust, quirky and with integrity.”

And with a flick through its most recent Spring 2017 catalogue it’s easy to see why.

JPS Limited has successfully worked with BAM, Bamboo Clothing to support the production of its activewear catalogues for over four years.

Other posts from the blog

The JPS team celebrating at The Ivy, London Reflecting on the past, present and future of print in the digital age Since 1994 independent print management specialist JPS Limited has built a reputation among retailers and print suppliers for exceptional levels of service, quality and technical knowledge. Reflecting on a quarter of a century, directors John and Bridget Petty discuss changes in the industry, how JPS has adapted to provide fully integrated solutions, and their views on the future of…

Gracious Made, which sells stylish and quality-crafted homeware products, appointed JPS Limited to produce the business’ first printed and mailed catalogue. Founded by husband and wife team Harry and Sarah, Gracious Made was created to fill a void the couple noticed when trying to buy high quality homeware products and gifts which promote good Christian values. The business also provides charitable support to those in need.   Bridget Petty, commercial director of JPS Limited said: “Gracious Made is a really interesting business…

We love to host a Christmas party with our clients, suppliers and industry friends to raise a glass (or two) to a successful year working together to deliver fantastic print campaigns. The event, held in Covent Garden in London, rounded off a great year for the JPS Limited team. We’ve built relationships, existing and new, with the leading brands in fashion, home and lifestyle. Delivered innovative print campaigns that have generated outstanding results and return on investment. We’ve even found…

JPS Limited junior account manager, Zoë Gibson, has pledged to shave off all of her hair to raise funds – and donate her hair to make wigs for children – for two charities which support children and their families coping with cancer. On 16th December, Zoë, aged 25, aims to raise £1,000 for the Leeds based charity, Candlelighters which helps support families facing children’s cancer in Yorkshire and the Little Princess Trust, a cause which provides real hair wigs for…

The Edit. managing the effect of the paper price increase, part 1 / November 2017

In the first of two articles to explore the recent paper price increase we interview John Petty, managing director of JPS Limited, and reveal his top tips for managing the rise without compromising on brand integrity, quality and effectiveness of marketing campaigns.

The Edit: Managing with the paper price increase, part 2 / November 2017

Part two of our managing the effect of paper prices series, John Petty, managing director of JPS Limited, reveals five more top tips for coping with the rise without compromising on brand integrity, quality and effectiveness of marketing campaigns.

A few weeks ago, two members of the JPS Limited team jetted off to Sweden to attend a papermill academy hosted by Stora Enso to learn all the ins and outs of paper production, unaware that this trip would, among other things, lead them into a hunt for an infamous ghost-horse.   Day one. 11pm. What goes bump in the night Natalie Bishop, key account manager, and Zoe Gibson, junior account manager, embarked on the training programme to help their understanding of the…

In our next Profile, we speak to Natalie Bishop, key account manager at JPS Limited. Based in the office in Otley, Natalie has been a member of the team for ten months. In her interview, we find out who her Hollywood celebrity crush is, along with why she loves The White Company’s brochures. Q. When did you start working with JPS Limited? A. I joined the JPS team in May 2016. Q. Briefly describe your role with JPS Limited. A.…

In the latest instalment of our Profile interview series we speak to one of our print consultants, Bob Stillwell. After a long career in advertising, print and publishing, including working with American Express and BBC Worldwide and a brief appearance on Top Gear alongside Jeremy Clarkson, Bob now works for JPS Limited as a technical and colour specialist for web and gravure print. Describe your role at JPS Limited in a nutshell? My role is to press pass printed material,…

In our latest instalment of Look Book we review the Spring Summer print in fashion and lifestyle. So, let’s see which catalogues, brochures and direct mail campaigns have caught the eye of the JPS Limited team… Taking the top spot as our absolute favourite is Hush. It’s a brand, for us, that always gets it right. We love the mix of matt and gloss papers in this catalogue. It feels great and the difference in texture helps differentiate sections within…